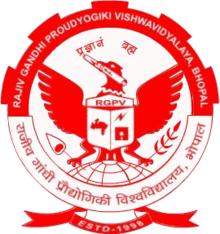 The interest of Indian technocrats about blockchain technology is still prevalent. Many startups in India are seeking opportunities to build global network and partnership with authentic blockchain enterprise across the globe. Recently, a five-day faculty development program has been organized on the topic focused on Blockchain technology at Rajiv Gandhi Proudyogiki Vishwavidyalaya ( RGPV), Bhopal.

In this program, Anupam Tiwari an IT Security Expert on blockchain utility said that Blockchain maintains data and important records online and protects from losing records too The shortcomings of the real estate market can be improved through Blockchain. Formerly their records were handwritten and they were stored in the register, which had the possibility of theft and change. Large blocks of entire processes can be kept safe by using blocks.

Rajesh Nayar , director of Nixis was also present in the program and he stated that when Bitcoin became the world's largest digital currency, the world was going through a recession, it seemed that Bitcoin would change the whole financial system, however, hundreds of cryptocurrencies based platform and technology developed including lite coins and ethereum.

This news is based on the local daily called bhaskar from Madhya pradesh India.