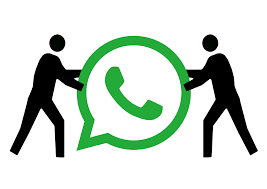 Facebook, Instagram can bring new cryptocurrency in the coming days. If this is launched, the users would be able to send money to their contacts using Paypal or Messaging applications. If news are to be noted, facebook is building a coin that will be sent to friends and family with the help of Whatsapp messaging app. Times Now also reported that facebook has been talking to various Crypto exchanges for buying and selling coins.

It should be pertinently noted that the company's chief executive Mark Zuckerberg has recently indicated in an interview to Howard's Law Professor Jonathan Zittrain about his interest in developing Facebook login through Blockchain technology. Zuckerberg is thinking of back decentralization or blocking certification. Although he has not been able to fully develop the method of implementing it but basically providing access to information and various services.

Block will give more power to users when they allow the third-party access according to them. On the other hand, Google had banned the use of cryptographic ads on all platforms at the beginning of this year. However, the company is now planning to change it and accept advertisements for regulated cryptographic exchanges in the US and Japan. Google announced a ban on the advertising of cryptocurrencies and other betting financial products in March on all of its platforms.