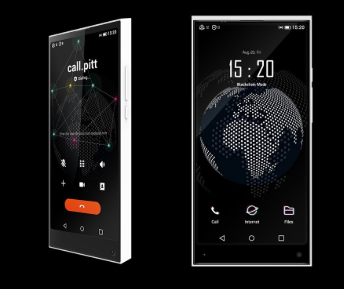 In the Mobile World Congress in Barcelona, ​​many smartphone makers have announced best devices and concept The world has have already seen Samsung and Huawe's foldable smartphones and now the world's first blockchain ready smartphone has been launched in this congress. Blockchain ready smartphone shows that the world is gradually moving towards the technology that is being talked about by the whole world. In MWC 2019, the blockchain powered handsets company Pundi X launched the phone called XPhone.

The special feature of this smartphone is enabled 'X' button that works with clicking through which users can use D-App (descriptored applications) by going directly to blockchain mode. XPhone will come with a special blockbuster based OS, which allows users to transfer call, text message and data to the c

entralized blockchain network. It is said that the first device in the world that runs entirely on a decentralised ecosystem.The XPhone has a 5.65 inch display.

XPhone Qualcomm Snapdragon is 660 powered. With this 6 GB of RAM, the phone has 128 GB of internal storage. The smartphone has a 48-megapixel rear camera and a 16-megapixel selfie camera. In addition, the fingerprint in the smartphone is given in the sensor side and the users are given 3500mAh of the battery.